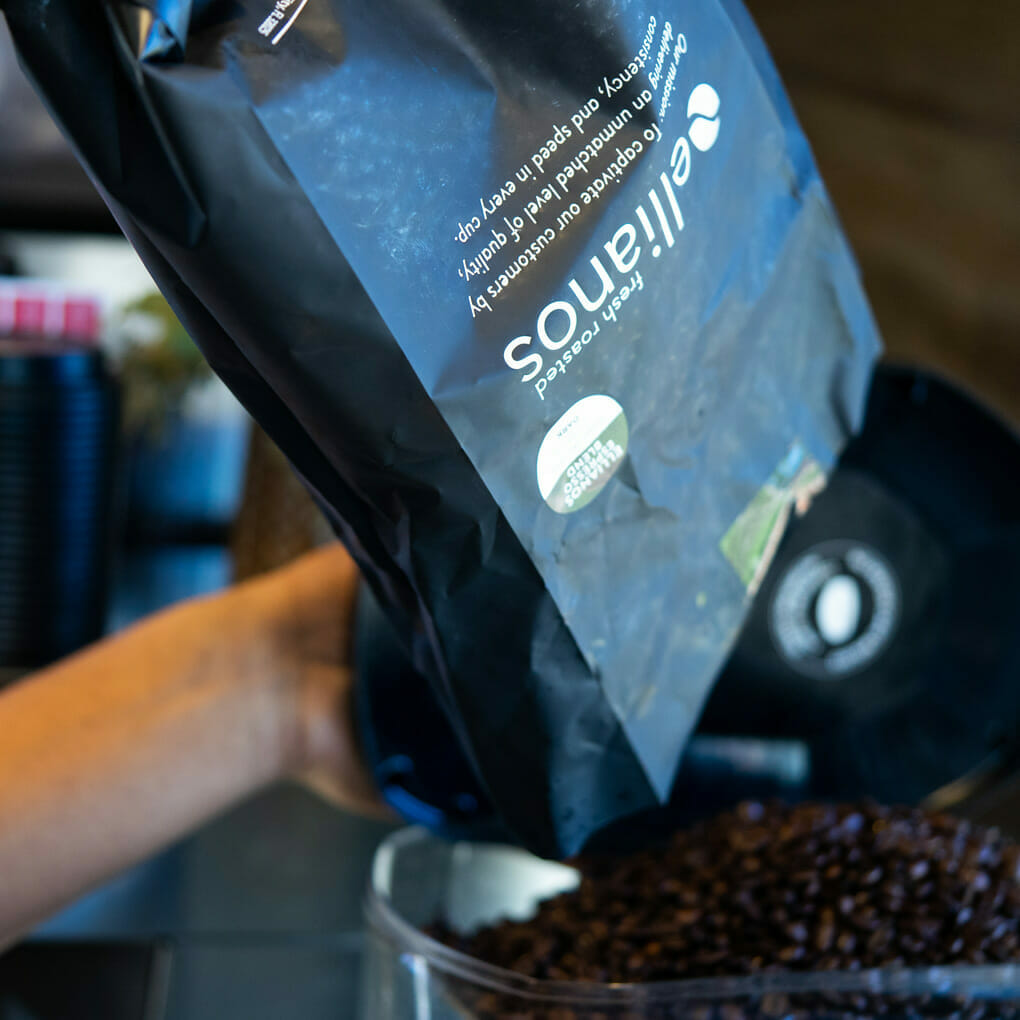 BAINBRIDGE, GA (June 10, 2021) – Bainbridge, Georgia, has become known for its soaring oak trees, sleepy Flint River, and antebellum charm, but soon it will also be known for its specialty coffee. Ellianos is set to open its nineteenth location at 723 E College Street in the Five Points district of Bainbridge. The drive-thru coffeehouse will officially open to the public on June 17th, where the residents of Bainbridge and the surrounding areas will finally be able to satisfy their coffee fix.

Ellianos is a drive-thru coffee franchise that is climbing in notoriety for its specialty coffee. You can easily find something the whole family will love – whether it’s a Cookies & Cream Freezer, smooth Caffé Dolce latte, Berry Blast smoothie, or a refreshing Red Bull Rush. They also have items to curb your morning appetite – offering various breakfast items, including breakfast bowls, sandwiches, muffins, and more.

“Once you’ve had Ellianos, you pretty much don’t want anything else,” said Thomas. “I coached soccer in Lake City, and I remember looking around the soccer field one Saturday morning, and almost every person was carrying an Ellianos cup.”

Thomas and her family moved back to their hometown of Bainbridge and decided to bring their love of Ellianos Coffee with them. Thomas says she has gotten tremendous positive feedback and excitement from the community, stating, “I get dozens of messages a day from people asking when we’re opening. Since we’ve started training, we’ve had cars already lining up to get their coffee. The community is so eager and excited, and so are we!”

You can connect with Ellianos by following along on Facebook and Instagram. Be sure to snap a picture of your favorite drink to share with your friends and tag Ellianos.

Ellianos was founded in 2002 with the mission to serve ‘Italian Quality at America’s Pace ®.’ Founders Scott and Pam Stewart have continued their dedicated work of expanding the franchise while making everyone feel like they are a part of the family. Bainbridge will be Ellianos’ nineteenth store, with eighteen stores currently operating across three states in the southeast region of the country and several other locations on deck to open their doors.

If you would like to learn more about Ellianos franchising opportunities, visit https://www.ellianos.com/franchising/.